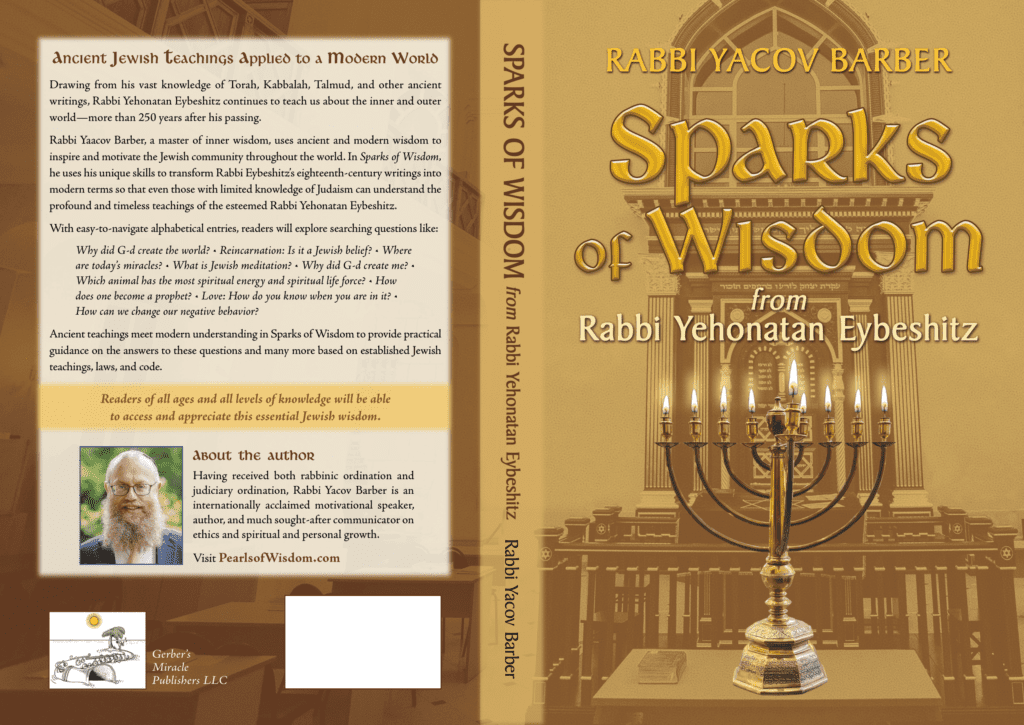 Drawing from his vast knowledge of Torah, Kabbalah, Talmud, and other ancient writings, Rabbi Yehonatan Eybeshitz continues to teach us about the inner and outer world—more than 250 years after his passing.

Rabbi Yacov Barber, a master of inner wisdom, uses ancient and modern wisdom to inspire and motivate the Jewish community throughout the world. In Pearls of Wisdom, he uses his unique skills to transform Rabbi Eybeshitz’s eighteenth-century writings into modern terms so that even those with limited knowledge of Judaism can understand the profound and timeless teachings of this esteemed rabbi.

With easy-to-navigate alphabetical entries, readers will explore searching questions like:

Why did G-d create the world? • What is Jewish mysticism and how is it different from the mysticism of other religions? • What is the key to happiness? • Reincarnation: Is it a Jewish belief? • Where are today’s miracles? • What is meditation? • Why am I here? Why did G-d create me? • What are the two types of joy? • Which animal has the most spiritual energy and spiritual life force? • How does one become a prophet? • Love: How do you know when you are in it? • How many people are needed to save the world? • What are the two prerequisites for attaining happiness? • Before judging someone, what two questions should we ask ourselves? • Where should our greatest sense of bliss come from? • How can we change our negative behavior? • How do we measure our relationship with G-d? • How many ways can we give G-d a gift?

Ancient teachings meet modern understanding in Pearls of Wisdom to provide practical guidance on the answers to these questions and more based on established Jewish teachings, laws, and codes.

Readers of all ages and all levels of knowledge will be able to access this essential Jewish wisdom.

About the Menorah on the Cover

The menorah featured on the cover of this book was bequeathed in 1762 to the main synagogue in Altona where Reb Yehonatan Eybeshitz was the chief rabbi, two years prior to the rabbi’s passing .
In November of 1938, during Kristallnacht (the Night of Broken Glass), the menorah, which was housed in the Bornplatz Synagogue in Hamburg, was partially destroyed . In 1989, the base and the attached middle pole of the menorah were found in the storage of the Altona Museum, at which point the menorah was restored to its former glory .
The menorah stands over three feet tall and weighs approximately 220 pounds . It is presently housed in the Hohe Weide Synagogue in Hamburg . Four lines of embossed Hebrew appear on the base:
הרואל ונל איה רשא ,הרותה דובכלו ארובה דובכל
,אנליוומ ףלאוו הריב ,הרונמה תאז הרובחה ובדנתה
,אדלופמ הימרי ’ר ,טרופקנרפ ןב ןתנ ’ר ,ץפש לישנא ’ר
,לגס םייח ’ר ,ז”רהב השמ ,לגס שבייו ’ר ,ןדראנמ ןמגילעז ’ר ק”פל ב”כת תנש
The translation reads:
In honor of the Creator and in honor of the Torah, which is our source of light.
This menorah has been donated by the following:
Bira Wolf from Vilna, Rabbi Anshil Shpatz, Rabbi Nosson from
Frankfurt,
Rabbi Yermiyahu from Fulda, Rabbi Zeligman from Nardan, Rabbi Feivish Segal, Moshe son of Rabbi Z. and Rabbi Haim Segal. Year 1762.

While biographical information from the time is scant, research provides a brief history of the lives of these few donors:
Bira Wolf from Vilna was a well-known Torah scholar; he was a grandson of the Rema1 and a son-in-law of the Shach .2
Reb Haim Segal was the husband of Glückel of Hameln, a very well-known figure in Hamburg and Germany . She was born into a wealthy family in 1746 . When she was twelve years old, Glückel was betrothed to Haim Segal, whom she married in 1760 at the age of fourteen . After the marriage, the couple lived in the groom’s parents’ home in Hameln . A year after their marriage, the couple moved in with Glückel’s parents in Hamburg . Glückel and Haim had a total of fourteen children, and after Haim’s death she was known as Glückel the Widow . She was a well-known Jewish philanthropist .
We would like to offer special thanks to Rabbi Bistritsky and Rabbi Havlin for their help regarding the Menorah’s history .
It is with great reverence and honor that we adorn the cover of this book with this revered symbol of Jewish history and faith . 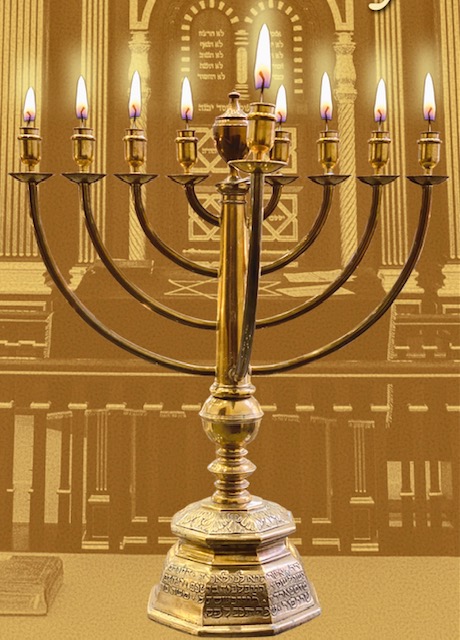 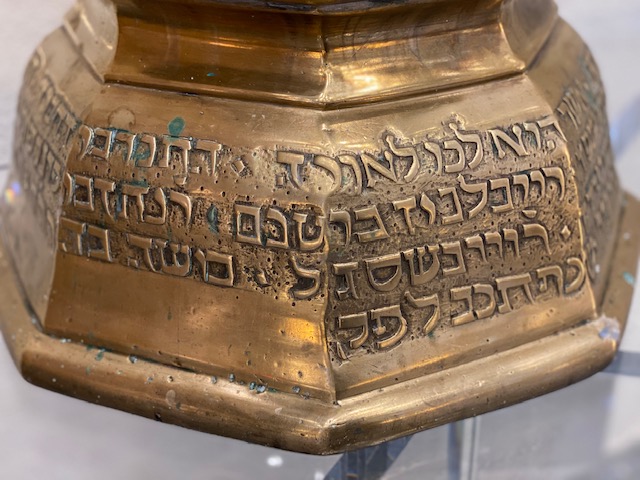 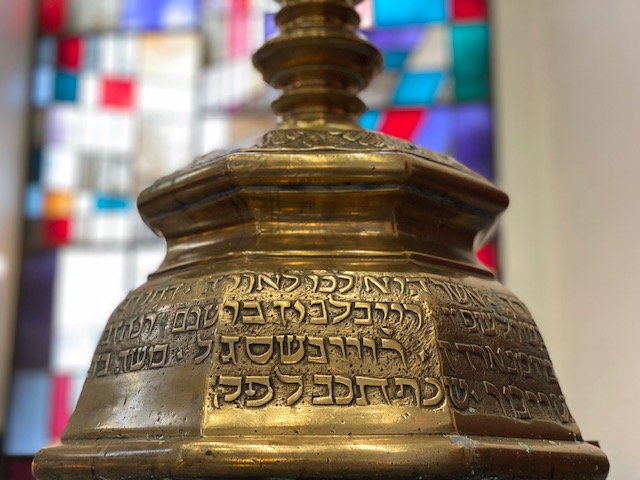 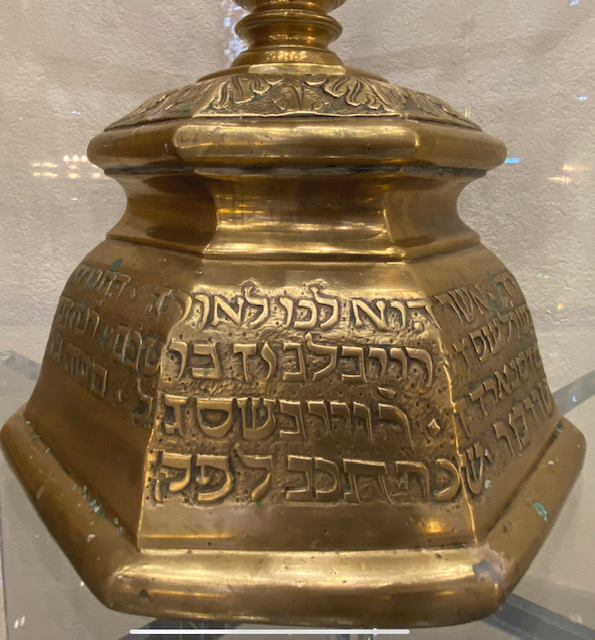 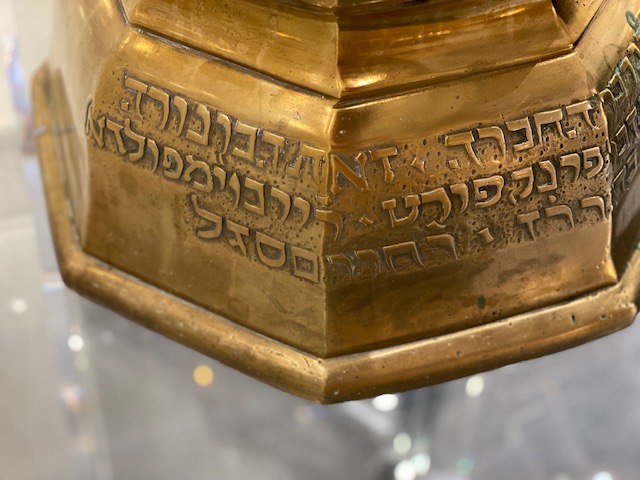