Without doubt, one of the greatest Torah scholars of the last 300 years was Rabbi Yehonatan Eybeshitz—a Rav, Rosh Yeshivah, and Darshan. A prolific writer covering the vast gamut of Torah scholarship, he was among the leading Halachic deciders of his generation. His scholarly works are studied to this very day in yeshivot and kollelim throughout the world. Any rabbi giving a halachic ruling will seek out Rabbi Yehonatan’s writings on the topic. His seforim—especially those that deal with halachic topics—are complex and demand a great deal of prior knowledge.

Rabbi Yehonatan Eybeshitz was one of the greatest rabbis of the eighteenth century. His writings cover all areas of Jewish Learning, including the Talmud, the Shulchan Aruch (the Code of Jewish Law), homiletics, and Kabbala. Even as a child, he was renowned as one of the rare geniuses of his time. He served as rabbi of various communities for more than fifty years. He founded and led yeshivot for most of his life. His students became the leading rabbis and teachers of the next generation. 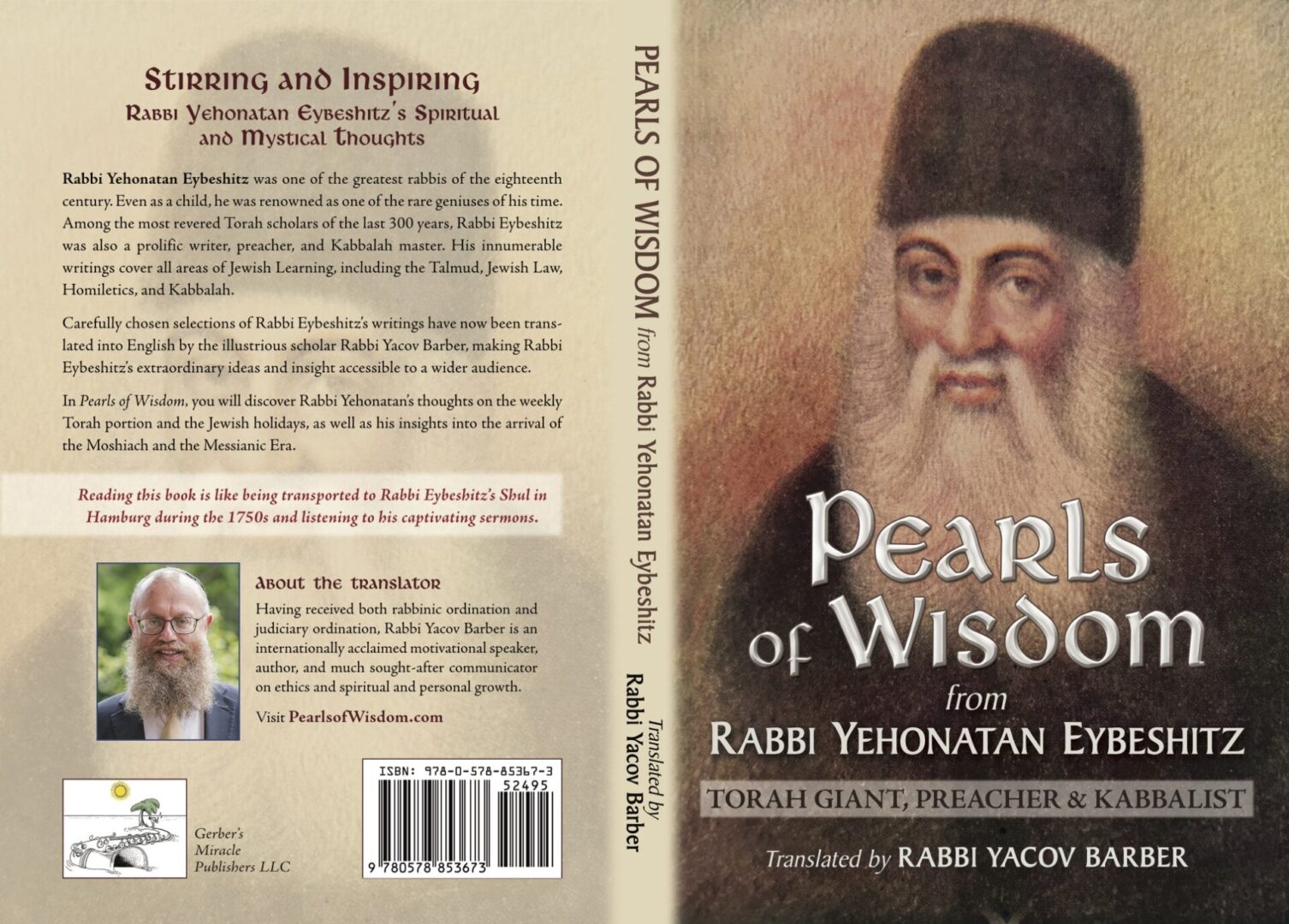 Early on in life, Yehonatan was known as an ilui (a child prodigy). Even as a very young boy, he astonished adult scholars with his brilliance and insightful depth and breadth of thought. While still a boy, he acquired great renown throughout Yiddishkeit. His enormous scholarship in both Talmud and Kabbalah became legendary.

As Yehonatan grew from a boy to a young man, his reputation continued to grow as well. While Yehonatan was still a young boy, it is said that his famous Talmudist and Kabbalist father—Rabbi Nosson Nota—revealed to him the profound, secret mysteries of the Kabbalah, which had been passed down from Yehonatan’s great grandfather, Rabbi Nathan Nata Spira.

Rabbi Nathan Nata Spira (c, 1584–1633) was a highly renowned Polish Kabbalist, a scholar of Talmud and rabbinic literature, and an unusually gifted pulpit orator. He ran a highly renowned yeshivah, and, being from a well-to-do family, he did not accept a salary. He also served as head of the rabbinic court. Born into a prominent rabbinic family, he was also widely known as a child prodigy. Truly a man of his times, Rabbi Spira’s spirited messianic Kabbalah teachings found a large and ardent following among Polish Jews.

At every Shabbas and festival, he would preach profound sermons on the mysteries hidden in the letters of the Torah. His son, Rabbi Solomon Spira (1616–1648), who was slain by the Cossacks under Bogdan Chmielnicki in 1648, wrote that his father was endowed with incomparable capacities and had a memory unlike anyone else.

Solomon goes on to write that his father would awaken in the middle of the night, weeping over the destruction of the Temple in Jerusalem and how the Jewish people were forced to wander the world in exile. He prayed that redemption would swiftly come and the fallen tent of David would be raised up. One night after midnight, the prophet Elijah appeared to him. Solomon said, “Hashem gave him the tongue of the learned to preach on Shabbas and festivals words of truth and righteousness, choice fruit and spices, sweet and sharp explanations with deep mysteries of accents, letters, and vowels, words that no ear had ever heard and preached before.”[1]

Rabbi Nathan Nata Spira’s book Megaleh Amukot was published posthumously in Cracow, 1637, by his son. It was reprinted many times, becoming one of the Ashkenazi Kabbalah classics. It also went on to be the classic work on gematria (numerology), which assigned spiritual and mystical meaning to the relationship of words and letters to numbers. A simple example of this is the Hebrew word chai, which means “life.” The numerical equivalent of chai is eighteen. This is why many Jews give tzedakah (gifts and donations) in multiples of eighteen. Most Jews don’t realize that their eighteen-dollar gift relating to chai is based on gematria, the connection of words and numbers to spirituality and mysticism. Nor do they realize that Rabbi Yehonatan Eybeshitz’s ancestor “wrote the book” that is widely used in Kabbalistic practice, even to this day.

Megaleh Amukot is composed of 252 different interpretations of one single Torah passage, Deuteronomy 3:23, where Moishe (Moses) beseeches Hashem (G-d) to allow him to have a look at Israel. It was as if the author was intoxicated with numbers, using them and their permutations and combinations to elucidate the single passage and relating them to spiritual, mystical, and real-life situations. Even to this day, Rabbi Nathan is held in high regard for his extraordinary mathematical mind. Where others thought in words, he thought in numbers, and his method of thinking is still used to this day. He also mentions a similar book of his in which he interprets the single letter alef in the word Vayikra (in Leviticus 1:1) a thousand different ways! Rabbi Nathan also wrote another mystical Kabbalistic commentary to the Pentateuch (Torah) entitled Megaleh Amukot al HaTorah.

One of the reasons Rabbi Yehonatan Eybeshitz is said to be “Descended from Giants” is because Rabbi Nathan Nata Spira was his great grandfather. However, Rabbi Eybeshitz’s giant intellectual lineage goes even further back in history. Rabbi Nathan Nata Spira’s grandfather, Rabbi Nathan Nata Ashkenazi, was the rabbi of Grodno and became famous with the publishing of his books Mea Shearim and Imrei Shefer. Moreover, Rabbi Eybeshitz’s family lineage can be traced back to Rashi and then back to biblical times as a direct descendant of the famous King David! He truly was descended from Torah Giants.

Rabbi Eybeshitz’s family lineage can be traced back from Rabbi Nathan Nata Spira to Rashi a direct descendant of the famous King David! He truly was descended from Torah Giants. 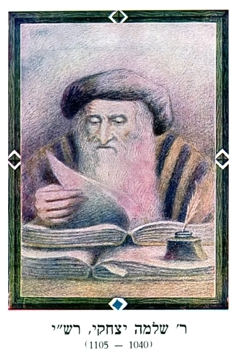 When Yehonatan Eybeshitz was about eleven years old, his father, Rabbi Nosson Nota, died. At this point, the young Yehonatan was bounced around from one of his mispucha’s homes and their local yeshiva to another. One reason he was shuffled around so often seems to be that in each new home, the local yeshiva could not keep up with the boy’s amazing mind. And so he went from one prestigious family member’s yeshiva in Prossnitz to others for several years—first to Holleschau, then Vienna, and finally ended up in the city of Prague.
In Prague, Yehonatan matured into a well-known Torah scholar. By age twenty-one, in 1711, he was the darshan of the Jewish community of Prague as well as the Rosh Yeshiva. That year, he married Elkele bat Mose Isaak Spira, daughter of Rabbi Isaac Spira. He then resided with his wife, Elkele, for two years in Hamburg at the house of Mordecai Ha-Kohen, chief rabbi of Prague and Rabbi Eybeshitz’s wife’s maternal grandfather. He also served as the Dayan of Prague.
Rabbi Eybeshitz was president of the rabbinic court at Jungbunzlau, and by age twenty-four, he was the principal at the famous Prague yeshiva. Regarded as the foremost scholar and genius of his time, hundreds of students from all over Europe hungered for the opportunity to study with this genius at his yeshiva.

Rabbi Eybeshitz became very wealthy, practicing various professions, including being an accomplished trial lawyer in the secular civil courts as well as a customs agent, to name a few.[1] Because of his great wealth, he was able to support many of his yeshiva students. This outpouring of love and support by so many students caused Rabbi David Oppenheim, chief rabbi of Prague at the time, some r esentment. In fact, he was able to convince the local authorities to close down Rabbi Eybeshitz’s yeshiva in 1722.

Rabbi Eybeshitz was an exceptionally gifted Talmudist, Halachist, Kabbalist, and magnificent pulpit speaker who possessed the gift of gab with eloquence and great wit. He was charming and erudite, both with the Jews and the non-Jews. Because of his enormous intellect and charismatic personality, he built relationships with both the secular nobility and high church officials. The king of Denmark, Frederick V, as well as the Jesuit bishop Haselbauer and other men of power in the secular world, were friendly with the great rabbi.

Because of his unique status and personal relationships, Rabbi Eybeshitz was able to convince Bishop Haselbauer to permit him to print the Talmud (which had been illegal to print for many years) with the caveat that he not include any passages contradicting Christian principles. The availability of Talmud was small since that very same bishop’s résumé included his many decrees to confiscate Jewish books in door-to-door searches  of Jewish homes throughout the land for years.

To get the “great book confiscator” to agree to printing books, even to his liking, was a miraculous feat. It was also very controversial since some, including Rabbi David Oppenheim, vehemently disapproved of an edited Talmud. Ironically, Rabbi Oppenheim owned a legendary Hebrew library containing thousands of books and never brought his great library to Prague for fear of the bishop confiscating and destroying parts or all of it. Miraculously, this important library was saved and still exists today in the Bodleian Library in Oxford, England. Oppenheim’s collection was comprised of thousands of Talmudic, Kabbalistic, theological, mathematical, and medical works. 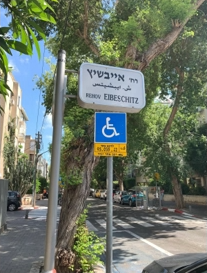 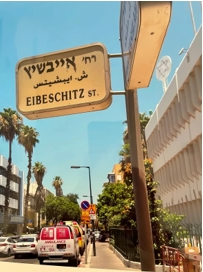 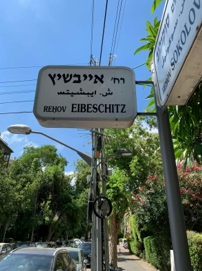